What does a curator add to a highly scientific and technological environment?

Friday lunchtime lectures are for everyone and are free to attend. You bring your lunch, we provide tea and coffee, an interesting talk, and enough time to get back to your desks.

In 2012, the same year that CERN discovered the Higgs boson, another experiment was underway that crossed more than just scientific frontiers: Arts@CERN.Since 2011, when the first Collide residency awards were announced at the Ars Electronica Festival in Linz, there had not only been engineered collisions between protons at CERN, but also orchestrated collisions between artists and scientists.So what does a curator add to a highly scientific and technological environment? Why are they necessary to make creative collisions happen and matter? These and many more questions will be answered in this Friday lunchtime lecture by Ariane Koek, founder of Arts@CERN, who initiated, created and designed this extensive multi-stranded international arts programme.Book now 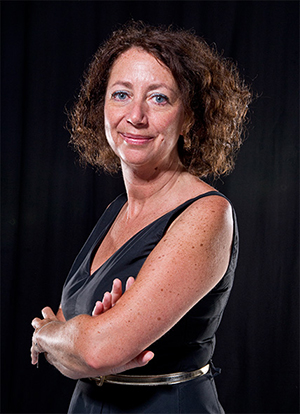 In 2008/9 Ariane Koek was awarded the Clore Fellowship and, as part of the award, initiated an ongoing attachment to CERN, the world’s largest particle physics laboratory based outside Geneva in Switzerland. Subsequently she became the first cultural specialist appointed by CERN in 2010 and created, designed and directed for nearly five years at the Arts@CERN international programme.

Koek is a Clore Fellow, independent international cultural strategy and policy consultant, producer, curator and writer. She is an external policy advisor to two directorates at the European Commission on arts, science and technology and also special advisor to Baltan Laboratories, Eindhoven, a multidisciplinary laboratory for artists working with technology.