In August, we announced the six projects shortlisted for our mini-grants programme, to implement data-enabled projects in Africa

Meet three projects bringing citizens and governments together to improve Africa’s cities, with £6,000 and support from the ODI and its global network

In August, we announced the six projects shortlisted for our mini-grants programme, who were competing to receive one of three £6,000 grants and support from the ODI and its global network, to implement data-enabled projects in Africa.

The winning teams have already begun working with governments and citizens to create social, economic and political impact. Each has a mentor from the ODI’s global network, with expertise to help ensure the their initiative’s sustainability in the future.

We caught up with the winners on their plans for the next few months. 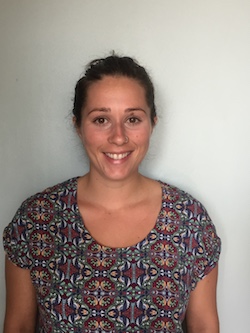 Durban Answers is a search engine with a difference. The online platform and mobile app allows Durban’s residents to find information about their public services – such as how to register a business or pay a parking fine. The project was inspired by similar initiatives in Oakland and Honolulu.

‘Government websites [often] provide information based on how they use it themselves, rather than information users actually need,’ says project lead Sophie McManus. This makes government websites hard to navigate, forcing citizens to contact local municipality call centres (and overloading their resources).

Durban Answers addresses this by going directly to citizens. The team recently crowdsourced questions about the city through an ‘ask’ campaign, followed by a ‘write-a-thon’, where volunteers curated content to answer queries. By engaging citizens, the team hopes to learn about what people want to know, and encourage them to engage more with the city by providing the answers.

How Durban Answers will use their mini-grant

The team are using the mini-grant to take a more targeted approach to crowdsourcing questions and answers. They are working with the Urban Futures Centre, a built environment hub, and the students of the International Centre of Nonviolence, both based at the Durban University of Technology (DUT), on a new phase. This will ‘surface the challenges that students face regarding administrative and social structures at the university, and as citizens studying in the city,’ Sophie says. By working with students to help them ask the right questions and curate the right answers, Sophie hopes this work will also help develop students’ skills.

How are answers verified?

Depending on content, answers are verified by a ‘Brain’s Trust’, a group of ex-government officials with masses of institutional knowledge between them, or DUT’s administrative officials. The municipality has welcomed the move towards improving communication with the city’s citizens, seeing value in Durban Answers for improving the government’s institutional memory and its capacity to respond to citizens. ‘This information helps them understand what people are struggling with on a daily basis’, says Sophie, ‘so they are really keen to understand and address that’.

The team launched the app at the recent Durban Innovation Festival, and plan to feature new content very soon.

Tin Geber, a freelance expert in creative project design for transparency, is mentoring the Durban Answers team to help grow the project’s work. 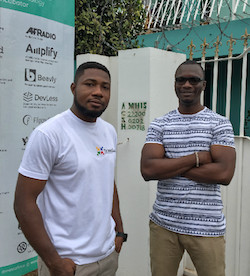 TransGov is an online platform and app for citizens of the Ghana’s capital Accra to report issues and see them resolved efficiently by public agencies. The tool lets citizens take a picture of a problem, send it to the appropriate agency, and track progress until the issue is resolved.

TransGov was co-founded by Jerry Akanyi-King and Kennedy Anyinatoe. ‘[We wanted to] build a tech solution that would enable the city to see these issues and respond to them effectively,’ explains Jerry. The idea for TransGov came from the team seeing communities with persistent problems like burst pipes and potholes. Jerry recalls: ‘they would not know who to report it to’. Inspired by similar initiatives in Singapore (OneService) and the US (SeeClickFix), the team decided to launch TransGov and apply for a mini-grant.

The project’s grassroots approach to community development is a call to action for communities to help solve local infrastructure problems. As Jerry explains, issues like clean water and good roads ‘affect the community’s daily lives in a very important way; they are issues that people grapple with’. The team are passionately creating awareness among Accra’s diverse community that this platform exists and city challenges can be fixed.

TransGov have partnered with several government institutions to trial the system, and launched a beta app.

TransGov is working with David Opoku, Open Data for Development Africa Lead for OD4D, who has relevant expertise in building teams and tools that create better opportunities for communities. 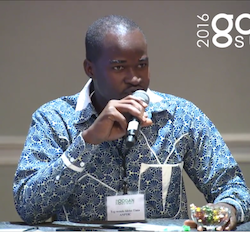 Anti-Delestron, led by Teg-Wende Idriss Tinto of Open Burkina, addresses unpredictable electricity power cuts, or ‘loadshedding’, in Burkina Faso’s capital Ouagadougou. The power company often need to cut power to certain districts to maintain a threshold that the city’s grid can provide. The unpredictability of powercuts is problematic for citizens: ‘you don’t know when they will happen, so you can’t plan accordingly,’ Tinto says. Citizens also lack information about their power use and how it impacts the frequent power cuts they experience.

The Anti-Delestron team will address this issue by creating a real-time map of electricity outages around the city. The map will draw from the electricity company’s plan for load shedding and data drawn from sensors around the city to show the city’s residents when and where power cuts happen. Residents will be able to query unplanned cuts and ask the electricity company to explain the rationale behind these decisions. In the long-term, the project hopes to encourage citizens take ownership of their behaviour and reduce their electricity consumption to a more sustainable level. ‘When the consumption is near the threshold, we will notify people and ask them them to unplug some devices,’ Tinto explains. ‘We are expecting from that the consumption will [decrease], and maybe we will be able to stop the loadshedding.’

Building a collaborative partnership with the electricity company is important to the project’s success, as they provide one source of the project’s data. The support of the city government has provided support in the first few weeks of the project, as the team enter negotiations to try and source information from the company.

Over the next few months, the team will be using the data to create a beta app for trial with the city’s residents. With ambitions to possibly scale future versions to other cities in Burkina Faso, and perhaps further afield, interested parties should keep an eye on Anti-Delestron over the next few months.

Tinto is receiving support from Jean-Noe Landry of Open North, a Montreal-based non-profit focusing on government transparency, accountability and responsiveness in the digital age. Their shared focus on improving the quality of public services will help increase the project’s impact in Ouagadougou.

The projects will be running from September – November 2017. Keep an eye on ODIHQ at Twitter as we provide updates on the projects, and see the impact they are having on their communities.